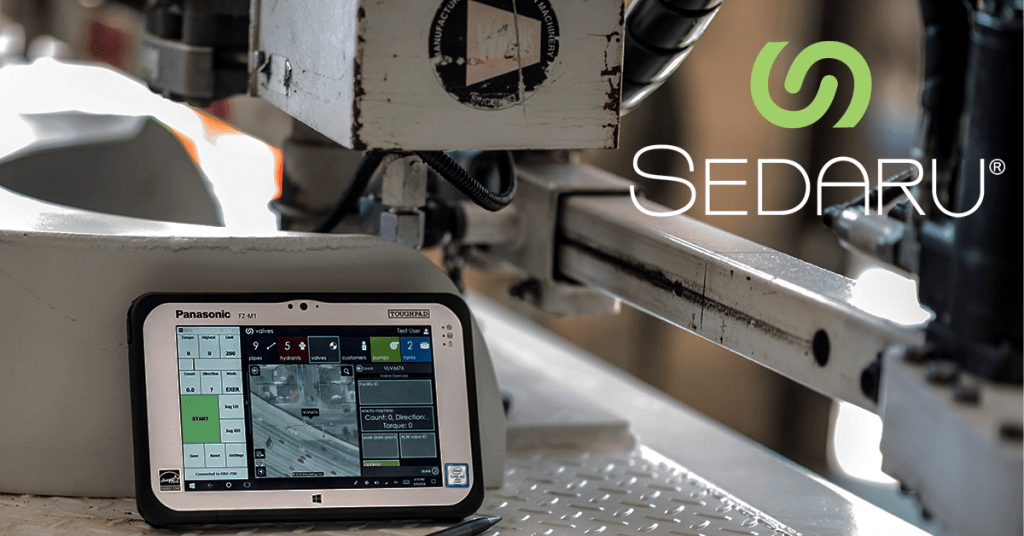 Already deployed for Sedaru customers including LADWP, East Bay MUD, Azusa Light & Water, and others, Sedaru Fieldforce with the Wachs Valve Turning Machine integration now provides valve crews the ability to control their valve machine directly from Sedaru Fieldforce, eliminating the need for a separate Wachs Controller.  Sedaru remotely captures the number of turns, torque, and other key information automatically, while tracking, trending, monitoring and reporting-on critical information such as inoperable valves, degrading torque, and more.  This ensures that the most critical valves are prioritized to maintain system resiliency and acceptable customer service levels.

“The opportunity for Sedaru to interact with, and capture data from the Wachs Valve Turning Machine as a vital part of a utility’s valve exercise program is valuable to our customers as they strive to optimize their asset and operational management.   Additionally, this connection to the Wachs machine advances our mission to deliver the world’s leading utility management software as the singular, exclusive interface for utilities to access information, automation, and control of the business and assets they run.” -Kevin Koshko, Chief Products Officer, Sedaru

The ability to control and capture data from the Wachs Valve Machine is available for Sedaru Fieldforce, delivered as a Sedaru Connect real-time integration.   To learn more about Sedaru Fieldforce visit: https://sedaru.com/software/sedaru-fieldforce/.

About Sedaru:  Sedaru Drives the Automated Utility, delivering value to our customers at every stage of their digital transformation. Our mission is to operate the world’s leading utility management software as the singular, exclusive interface for utilities to access information, automation, and control of the business and assets they run. Request a demo to see how Sedaru can work for your utility.

Request a demo and see how Sedaru can optimize your operations.

Would you like to sign up to receive periodic Sedaru Real-Time News and Updates?
Please email: info@sedaru.com.